As we drove up there was a hands-on audio installation underway by Kacheltisch, 3 units with feedback looped back into mixer circuits – I think –

On the bar the Bremski worked perfectly, the motor had to be super-tensioned with a luggage strap at + 3m. This resulted in more power and regular customers moted that the speed had increased from 15mm a minute to nearly 25mm a minute. The bar was also able to effortlessly negotiate the 1 in 300 slope and even managed a 7mm step between two paving slabs. The extra power caused some strain on the system ande we lost the drive chain at +72m, but a quick and dirty repair by Daniel solved that. Due to the extra power, the board was double strapped down with the “GT stripes” which also made it look faster.

The sound system was again a pod into a little Marshall half stack with mostly Son House and Bukka White passing comment.

Another empty inner city square and some passers by even stopped by.  Most walked on by. Those that stopped to play with the Kacheltisch installation became so hooked I thought they would never go home. 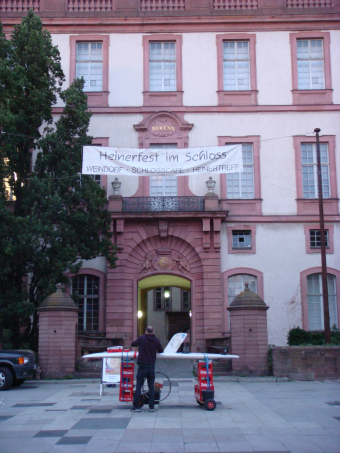 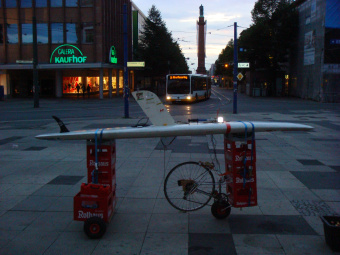 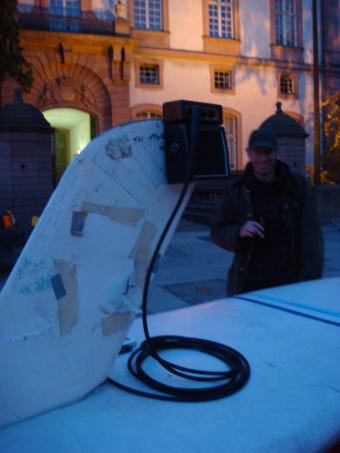