Summer 1992, a bar organised by the artists of Atelier W-09 on the river front in Frankfurt. We were a little aprehensive, because in London such a gathering would quickly upset the Metroploitain Police. But in Frankfurt the Police have more important things to deal with. Tatjana Steiner hat advised the local police station beforehand that it was merely a feminist meeting against faschism, capitalism, communism, collectivism and just about every ‘ism on the planet. Well, you cannot argue with that and we were duly left in peace to express our opinions on all ‘isms publicly. Frankfurt Feminists are evidently not to be messed with.

Tatjana’s poster was very impressive, and we are still looking for a photo of that. This bar was organised and run by Tatjana Steiner, Milena Vrtalova and Valeria Heisenberg. The first open source Consume bar and the first bar on the river, thank you Tati, Milena and Valeria! 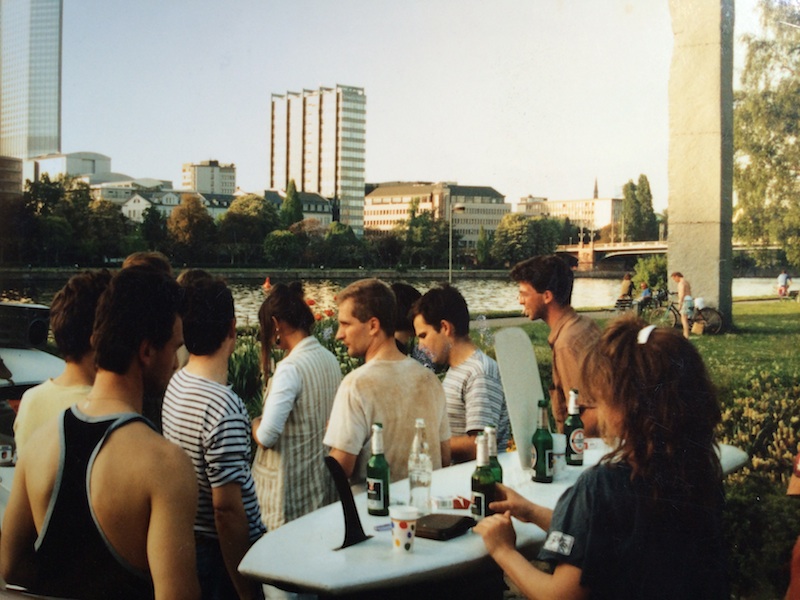 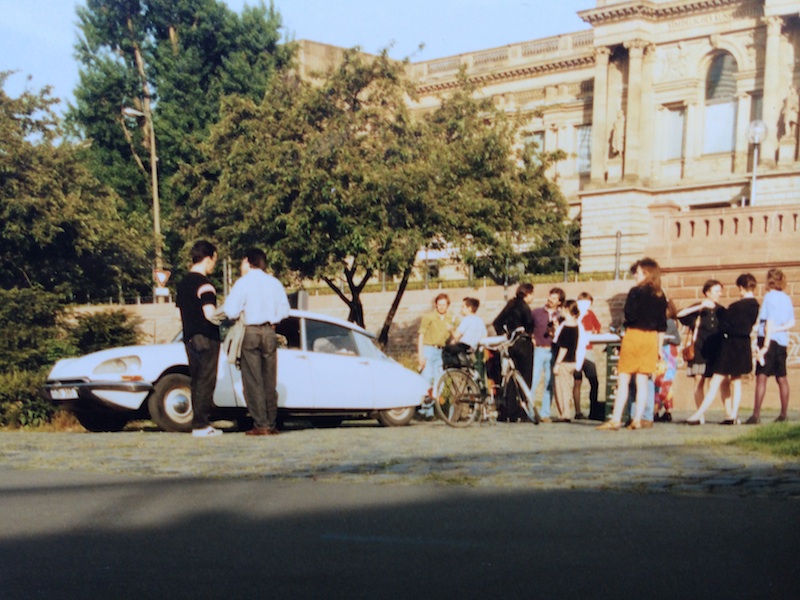 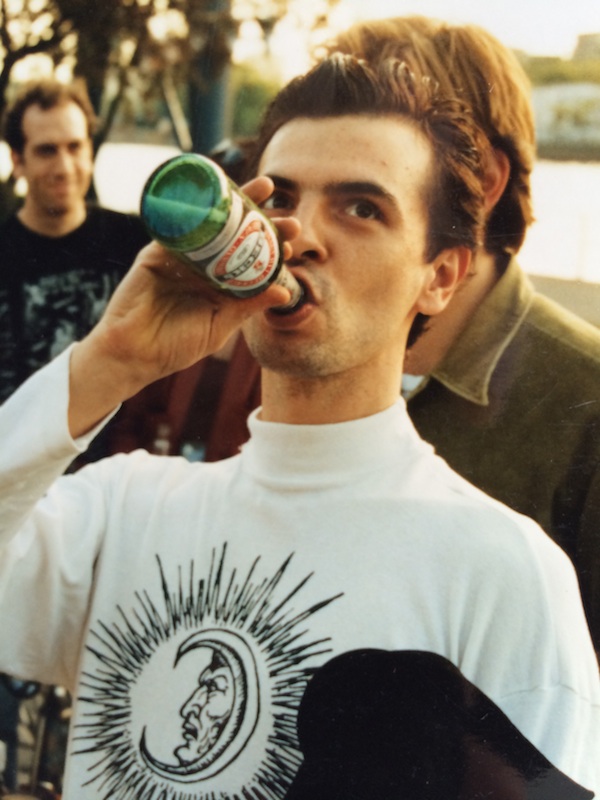 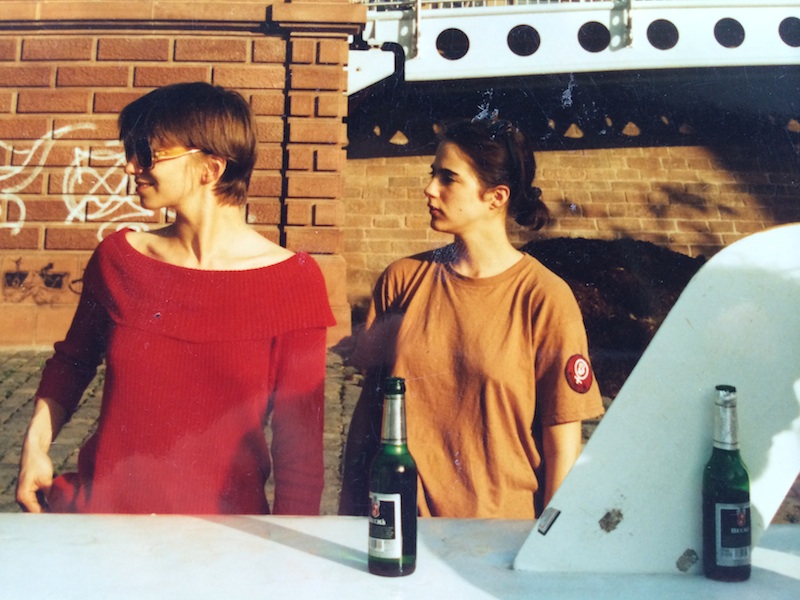 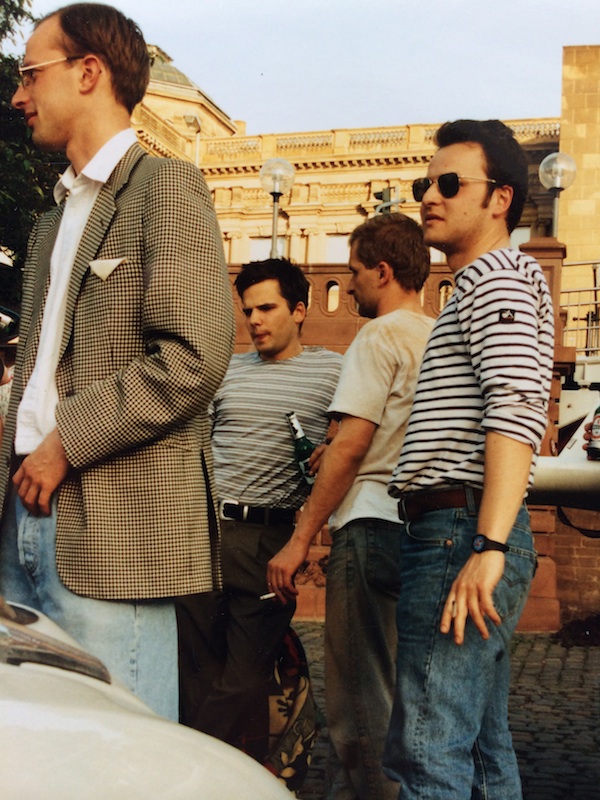 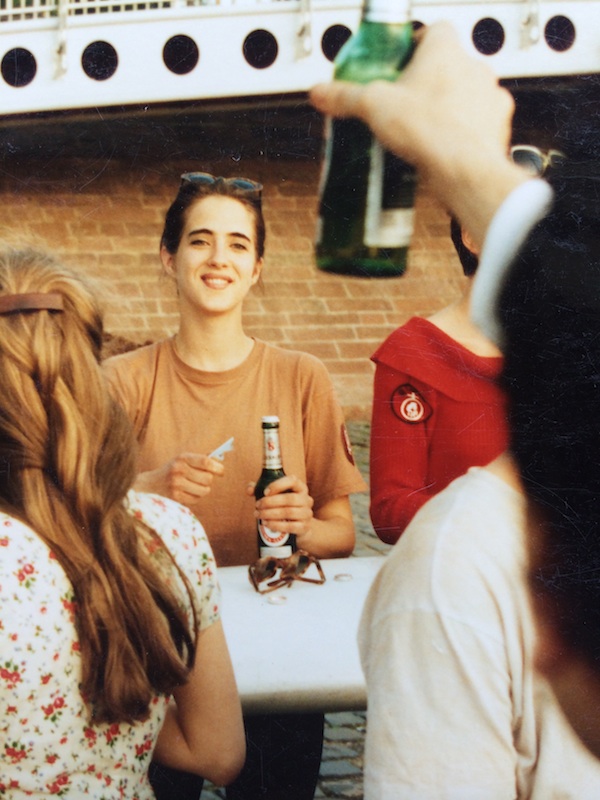